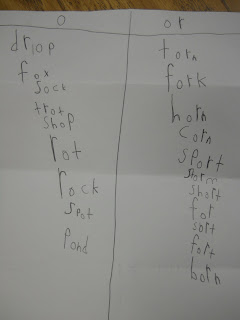 I read the words for our new sort to the class. They had to decide if it had a short o sound or an or sound and then write the word under the correct column. When we were finished sorting we folded the paper so there were eight rectangles. The students turned their paper over and chose eight of the words we used for the word sort and then we played blackout bingo. The student had to chose a word and read it to the class. It was a great way to do a sort with zero prep and zero copies. 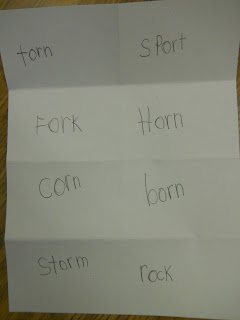 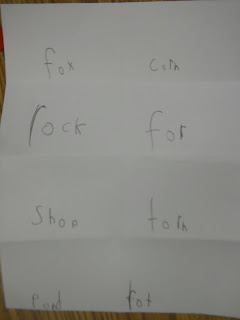 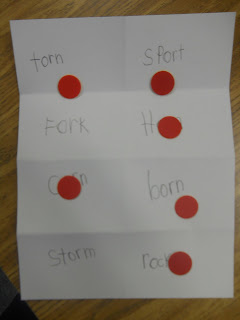 In small group I read the word sort to the students and they had a card that had an o on one side and or on the other side. They had to flip the card for the sound they heard. Then I showed them the word and we put it under the correct column. 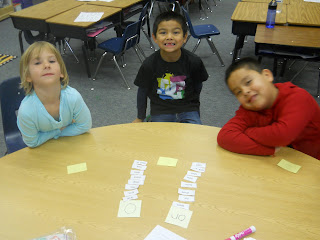 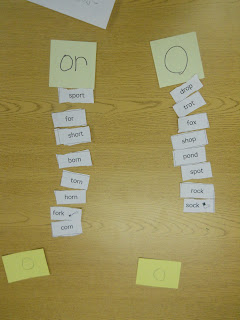 This was a whole group word sort. I gave each student a word. They had to say the word and then come up to the document camera and put it under the correct word. The rest of the students had to write the word on their own piece of paper. 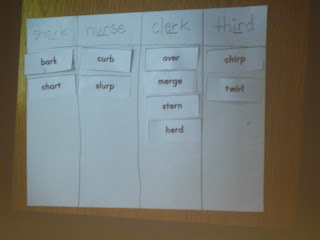 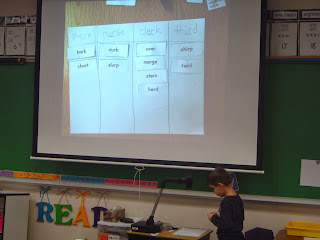 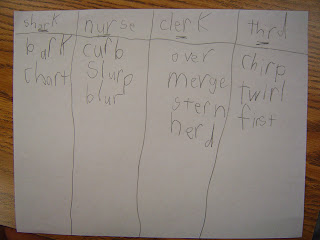 I love these Words Their Way books for word sorts. They are nicely leveled and in sequential order for each stage. 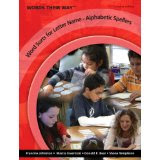 This one is more challenging for the middle to end of first grade. 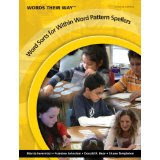 I also LOVE this one:

It's not Words Their Way but has wonderful sorts and sorting activities.
Posted by Jill 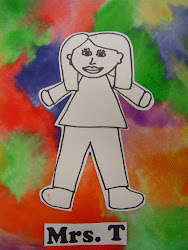